Inclusion in the Environmental Movement 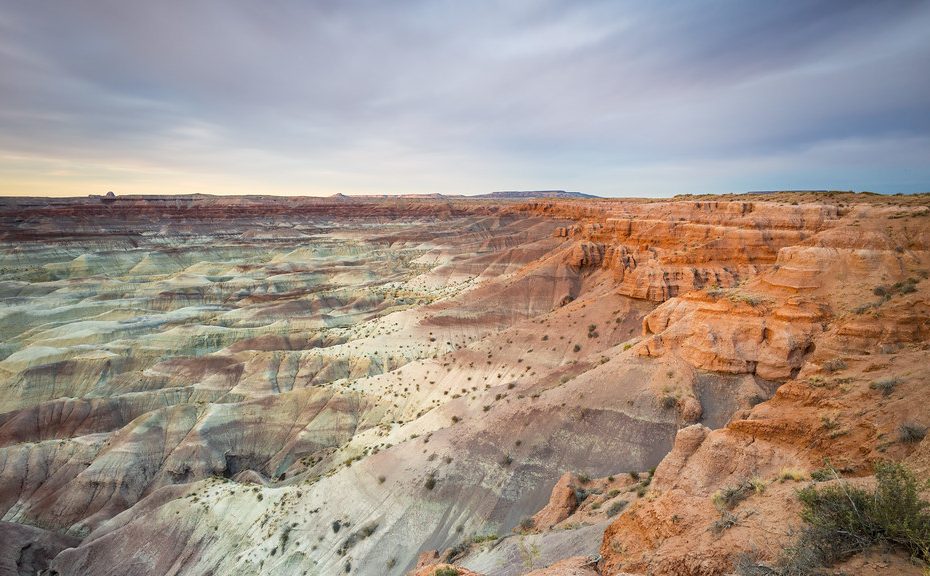 For the past few months, I have been a quiet observer in my new role at the Endangered Species Coalition.  I have taken time to understand the structure of the organization, the coalition of member groups, and the people involved with this work in my home state. Coming from the world of education, there was a bit of a culture shock during the first few months. The flexible nature of building your own campaign, the remote work experience, and the new information around conservation had my head spinning at first. As I work to understand the issues and build a campaign around what is needed in the state, I feel that I have been struggling to do this effectively. For months I had internalized this frustration and began to question what I could do to feel better. Before the holiday break, this frustration reached its peak. As I got to unwind during the time off, I questioned myself on a daily basis and wondered if there was a misalignment between myself and this new role.

And then something happened, which gave me a sense of validation to those feelings. An email hit my inbox from a listserv where a member was showcasing a job posting from the Hispanic Access Foundation. The job appeared to be a temporary position with the USFWS for Mexican Grey Wolf outreach. Immediately there was a sarcastic response on the email thread from a coalition member saying, “Great idea!  Hire a complete novice to conduct outreach on one of the most complex and controversial programs in the Southwest.” Several additional responses echoed this sentiment.

It was then where I realized that there was an invisible barrier that I was never able to see before. This space was sharply divided between “experts” and “complete novices”, where only the “experts” could act as gatekeepers for who could play in this game. My internal feelings of making slow progress began to make sense. Mi gente, the people with whom I usually engage with aren’t represented in this playing field. These elitist comments made me upset, but it also gave me clarity. I realized that the environmental movement has not evolved any place for people like me. I am an educator, a graduate student, vice-chair of my county Democratic Party, small business owner, among other things. None of that seems to matter. If you’re not an environmental expert, you’re just a “novice”. I’m not seeing any synergy between professionals of various disciplines.

The idea that these experts must deny certain people participation because their involvement will destroy it, is completely false and just plain wrong. I don’t know what’s stronger; their desire to engage with the public or their desire for the public to conform to them. I don’t think they can see beyond their ivory tower. I realized that the people speaking this way are the ones who are supposed to be “allies” in my work here in New Mexico. I can only imagine what they think about me.

I began to recall some of the statements made by the people I first met when I joined ESC. They mentioned that conservation positions were largely held by “old white men.” I also heard that there was a history of racism and injustices by the movement. In my naivety, I thought that this history was distant, occurring many decades ago. But, I began to do some independent research. Not academic research, just Google and a few select keywords. I found some interesting thought-provoking articles, and I also found a lot of familiar faces and names.

Mr. Evans seems to have an impressive history of success! Evans received the Washington Environmental Council’s Environmentalist of the Year Award in 1972, the Sierra Club’s highest award, the John Muir Award, in 1981. Brock Evans also took an unpopular stand against immigration in 1998. The Endangered Species Coalition still has an award dedicated to him. (Update: It was taken down after I brought it to their attention.)

Although immigration debate is part of our national discourse, there is a connection that is a bit concerning. Evans is also a member of the National Board of Advisors to the Carrying Capacity Network.  I took a screenshot of that organization’s website today (Jan. 2021).

I’ve heard that term “invasion” many times before.  I’ve gotten used to this talk of  “hordes of invaders” that are coming to take your jobs, dilute your culture, and put a burden on America’s resources. Unfortunately, this rhetoric has manifested itself in violence in my community. On August 3, 2019 a violent extremist came to El Paso and murdered 23 people in a local Walmart with a rifle.  This racist killer stated in his manifesto, “This attack is a response to the Hispanic invasion of Texas”.

This report from 2010 links ESC to the Carrying Capacity Network:

Mr. Foreman lives in my home state. According to an article by Jacobin Magazine, Foreman once said that “the worst thing we could do in Ethiopia is to give aid — the best thing would be to just let nature seek its own balance, to let the people there just starve.” His colleague Christopher Manes welcomed the AIDS epidemic as “a necessary solution” to the “population problem.”

In Foreman’s most recent book, Man Swarm, he describes the United States “as an overflow pond for reckless overbreeding in Central America and Mexico.”

It appears that Dave Foreman is also friends with some of ESC’s member group leads here in New Mexico.

I work in the same space as these people. My work goals are supposed to align with theirs. My ethics surely do not. I can’t say for sure if all of them think the same, but anyone who would defend or justify Dave Foreman’s words would not be my ally.

I have reached out to several of these people who were at this rally. My emails to some of these people have gone ignored multiple times. Perhaps they are just extremely busy. I don’t know. All I know is that they are part of the club, and I was just lucky enough to recently get an invitation. Maybe I am not yet worthy of their time. It seems like when a new person enters this space, they must immediately prove their worthiness.

I just want to illustrate that this is not some distant history. These people are still around. Those hurtful attitudes and beliefs did not disappear overnight. I think it’s safe to assume that some of the people in this arena probably still feel that way about immigrants. As the child of an immigrant, this makes me nervous.

In my early days of my new job, I was told that I was their “first hire who really comes from the communities we want to serve…” I’m still trying to figure out what that means. I think some organizations just want to improve their Diversity, Equity and Inclusion efforts. That looks good for the company – and for funders.

They say diversity is being invited to the party, and inclusion is being asked to dance. But at the moment I am being asked to dance to a song in which I’ve never learned the steps. These allies clearly have no interest in showing new guests the right dance steps. I’ve realized that they have a very narrow view of what solutions must look like. They also have a narrow view of what “qualified” looks like. But now I must ask, why can’t I dance to my own rhythm here? Can I play the music that I’m familiar with? Or must I only be asked to dance to the songs of their choosing? I’m not sure if I like this party.

All of these underlying issues remind me of what I read about the early days of the exclusive Sierra Club membership model, where new members had to be sponsored by other members to gain access. It appears that this idea is still in practice. Long term members of the conservation space have to approve new people into the club. Even to get onto a mailing list I had to be nominated by someone. Only this time, instead of being judged by race, I get to be judged by the colonial meritocracy – where “experts” make assumptions of my aptitude, based on my experience and education. It’s this same mentality that fuels this idea of white people asking for proof before they give access. “SHOW ME YOUR CREDENTIALS!” Like the viral video where a white woman blocked a black man from entering his own apartment, or the white man demanding ID before giving a black woman access to the pool. Sure, those people will always deny charges of racism, but it doesn’t change the fact that people of color always unfairly carry the burden of proving that they belong.

I appreciate efforts from the movement to give more people of color a seat at the table. But we need to realize that the table was not built by people like me. In this space, there aren’t many people who look like me, speak like me, or share the same upbringing as I do. I now feel like I have the clarity to understand why DEI is so important. In my very humble and “unqualified”  opinion, diversity initiatives need to also come with the effort to educate and empower new guests at this party. Let us choose the playlist too. Without this, DEI is just the fancy new buzzword for affirmative action. I don’t want to be a brown face in a white space just to conform like they want me to. The movement can use my skills, my knowledge and my experiences to explore new solutions.

I merely want to point out that in the course of my job, I have to navigate the spaces occupied by these people who uphold their rigid beliefs and sense of superiority. I know that my success in this space will be limited if I am to work within the structures shaped by their ideas. Seeking new allies and engaging with vulnerable communities will also be a challenge if the hurtful legacy of these leaders still persists.  I will be met with skepticism from the very communities I want to engage with.

I’m encouraged to to think outside the box, but in order to do that effectively I must understand how their box works. I come to this space as a product of my environment. The son of an immigrant with native blood in my body. I have always worn my culture proudly. But I see that the conservation space is an arena of both privilege and oppression. Privilege, because it affords me adjacency to its “qualified experts” and scientists working towards change.  Oppression, because only they control the narrative and the solutions. Many of them believe that in order to work in this space successfully, I have to be “like them”. To play this game, I must shed my authentic self; and that I cannot do. I believe that the rush to label others as “novices” or “unqualified” is so that they can desperately hold on to their imagined positions of prestige. Perhaps this reveals a bigger fear within these leaders of the environmental movement. A fear of surrendering this space to the people of which it rightly belongs.